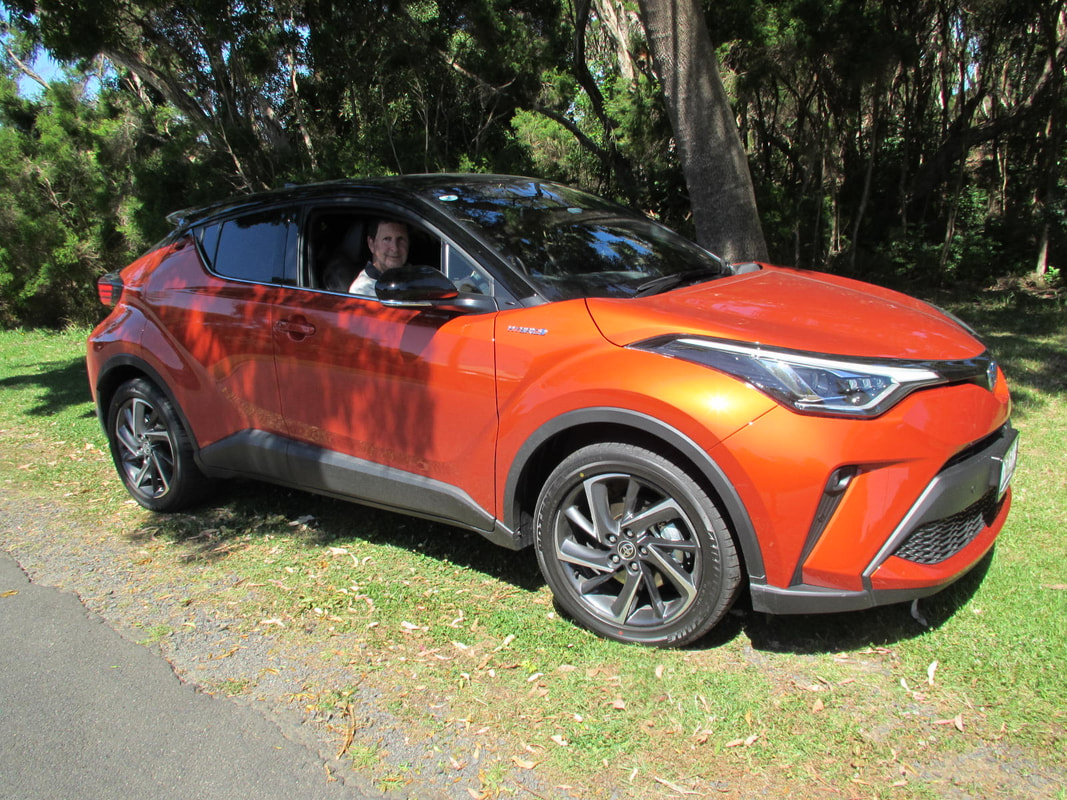 1. When did you buy your first Hybrid car and what was it?

We first bought a hybrid car in 2001.  It was a new basic model, silver Toyota Prius (there were only two models, the one we purchased and the fancier i-Tec, for which we didn't want to pay the higher price).  We liked the idea of using less petrol, helping to improve the environment and the quiet running.  We bought it on-line from a broker in Sydney and it arrived in Glen Iris on the back of a truck from Bairnsdale.  The 'knock' on hybrid cars is that the engines are not all that powerful. However, we are both sedate drivers and this reputation did not bother us too much.  We have subsequently found that we are totally satisfied with the hybrid power and, let's face it, you can only drive to the speed limit anyhow.

2. What made you consider buying a Hybrid car in the first place as compared to a standard petrol car?

We are both very conscious of the environment and are both aware that petrol-driven cars are now outdated technology.  The engineering behind the development of the hybrids is amazing and we wanted to be seen as taking social responsibility using the 'latest and greatest' technology.  There is no doubt in our minds that we will be purchasers of a fully electric car one day when the price comes down to an acceptable level, when the kilometre range of the cars improves, and there is an adequate number of charging stations around the country.

3. Was it an easy decision or did you have to do a lot of research to help make up your mind?

The extra cost of the hybrid over the petrol-driven car made us think carefully.  At the time we worked out that we would only break even financially in about 28 years (we don't cover a lot of kilometres in a normal year).  However, we decided that, even with the extra cost, it would still be the right decision to purchase a hybrid.  We are not usually known for doing exhaustive research but we did ask around several friends who had each purchased a Prius as to what they thought about their cars.  Because a new battery was, at the time, estimated to cost about $10,000, we did read up a bit on the battery to determine how many years it would last before we would need to replace it.

4. How many have you had and what makes you come back to Hybrid and Toyota?

We had our first Prius (see above) for 8 years. There was a bit of concern at the time that the battery might only last a couple of years and would therefore require an expensive replacement.  So, when our local Toyota dealer said we could buy a new 'stealth' coloured Prius i-Tec, we traded in.  The i-Tec was new but had been sitting at the dealer for a year and that, therefore, enabled us to get a substantial discount on the new car price.  After that, we purchased a new red Prius C as a second car (we have always driven separate cars). In 2020 we sold the Prius C and bought a new top of the range hybrid C-HR. The Prius C had driven really well for the whole time we owned it. (Owned 4)

5. What do you think of your latest Toyota Hybrid C-HR that you received in 2020?
​
We liked the look of the C-HR when the car first appeared on Australian roads.  Then, when we were overseas, we saw that Toyota had a hybrid version of the car.  We decided that if the hybrids ever came to Australia, we would look seriously at getting one.  We will almost certainly never go back to purchasing a petrol-driven car.

Hybrid pricing by Toyota has changed, so that now there is not such a huge price premium for purchasing the hybrid rather than the petrol driven version of any particular model.  When we bought the new black and 'inferno' (orange) C-HR we never looked at any other car and, in fact, we never even drove the C-HR before we bought it.  We are more than happy with the C-HR.  It drives beautifully.

​The experts have criticised the space and visibility in the back seat and they are correct.  This doesn't bother us because we rarely have passengers in the back seat.  The one criticism we do have is that there is no Heads-Up Display (our Prius has this feature). As the car seems to have every other modern feature, this seems like a curious omission.  A full-size spare tyre would have been nice but we can put up with the Space Saver provided.

6. What cars did you own previously when growing up and what was your general interests in cars?

We have owned many petrol-driven cars in the years before we bought our first hybrid (the Prius). We have no favourite brand and the cars we owned included cars from Ford, General Motors, Daewoo, Nissan, Renault, Mazda and Toyota.  The last two cars before the hybrids were Holden Astras. Neither of us are that interested in cars per se but we do both enjoy driving.  The drivability and raw horsepower of a car are not something we normally consider in depth.  We are generally more interested in the economy, the comfort, the looks, the boot space and the included accessories.  We did look once at buying a vintage / classic car, in addition to our normal cars but it was mainly the lack of a secure parking spot for such a car that was the stopper.  Also the fact that, if there was any problem with the running of the car, we would be completely ignorant about what to do to repair the problem.

7. Does your wife Helen have an interest in Toyota Hybrid cars?

I concur with Iain's comments.  I would like to comment on our zillion conversations with friends and strangers regarding a hybrid car.  Most people still remain quite ignorant about hybrid versus electric cars.  They have no idea that hybrids run on battery and petrol, that they don't need daily charging or when they use battery as apposed to petrol.  People are still fascinated.  We would be wealthy if we had been paid $10.00 for every conversation we have had in the last 20 years!

We are impressed that Toyota now have hybrids across their whole range.  We are also aghast that the government wants to tax electric car owners (in the future) rather than subsidise them.

Thanks for the opportunity to comment,  Iain and Helen. 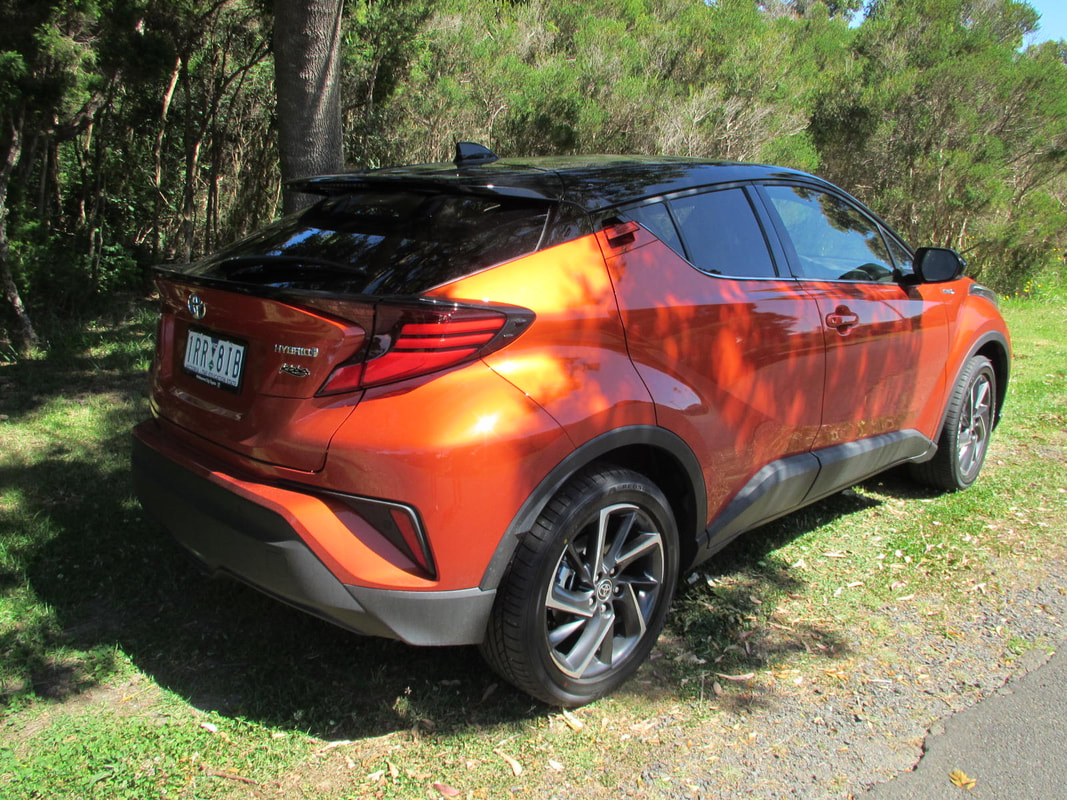 Iain graduated from Monash University with a B.A. and (later) an M.B.A. (Master of Business Administration) was employed in the I.T. profession for all of his paid working career.  He has lived in Canada, Christmas Island, and Papua/New Guinea, as well as in Melbourne.  He never owned a car in Canada but did drive beat-up old cars in both C.I. and PNG.

Upon retirement he took up several voluntary positions.  One of these was being a 2-hour weekly talk show host on Radio 3WBC (Whitehorse Boroondara Community).  Until his retirement in 2020, he talked to well over 1200 guests (910 different ones) on his show, 'Messeround'.  His guests came from all walks of life.

​They included authors, musical performers, a retired Alitalia steward, a ship restorer, a lawyer installing water tanks in African villages, a man installing girls' toilets in Indian high schools, a representative of the Ba'hai faith, a word nerd, a horse race broadcaster, the mother of a boy that committed suicide, an expert in children's playground behaviour, several Members of Parliament, a chef, a bee-keeper, an advocate for refugees, travel agents, a man from the Australian Timetables Association, an Apple computer expert, a motoring journalist, and hundreds more.

Most of his guests claimed up-front that they had nothing interesting to discuss. How wrong they were.  In spite of doing almost no research beforehand, Iain always knew enough about the guest's particular area of expertise to be able to hold a sensible conversation on the air, and invariably Iain and the listening audience would learn a lot of useful information.  Other interests include travelling around the world.

​Safety tips from Iain and rating the C-HR Hybrid

"Expect the unexpected.  Pretend that every other driver is an idiot."

​If using a space saver tyre - there should be a sticker on the back of the car to warn other drivers on the roads that the driver cannot exceed 80kms per hour.

​Iain and Helen rate the Toyota C-HR Koba Hybrid 9 out of 10.

The Toyota took 6 months to deliver from Japan (from date of order in December 2020) and they never test drove the C-HR previously at the local Camberwell dealership in Melbourne, Victoria.

​Note: Met Iain & Helen in person and the article was completed in late December 2020 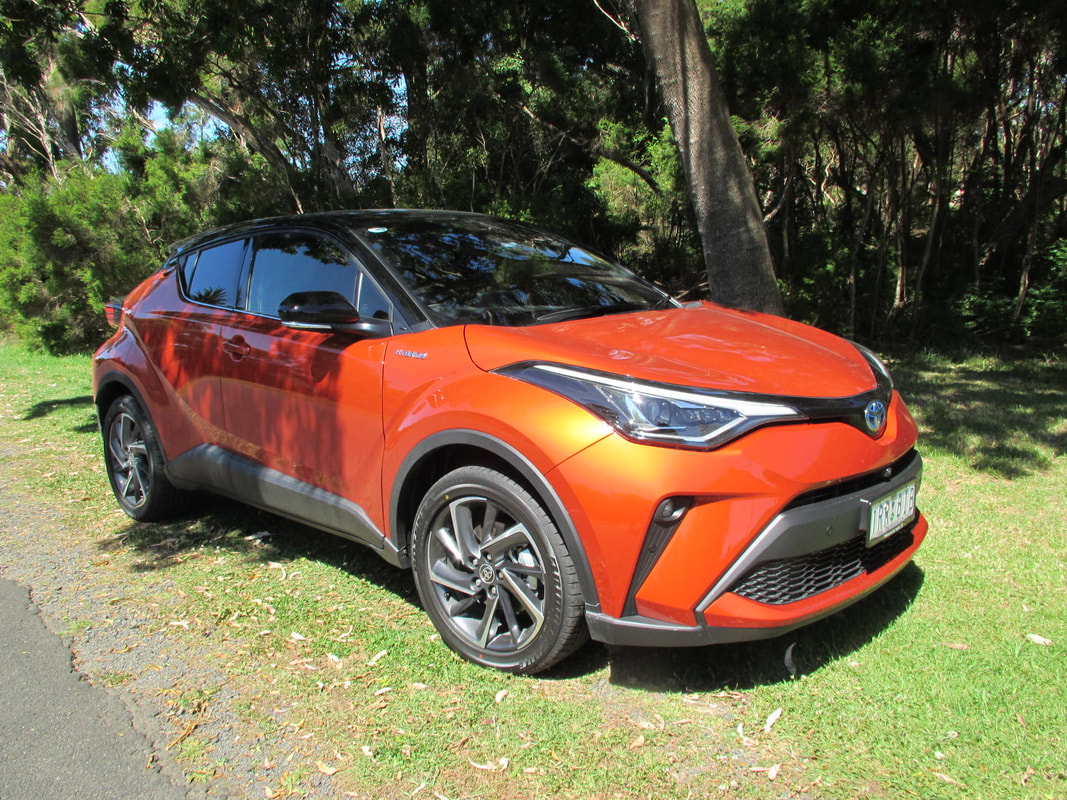