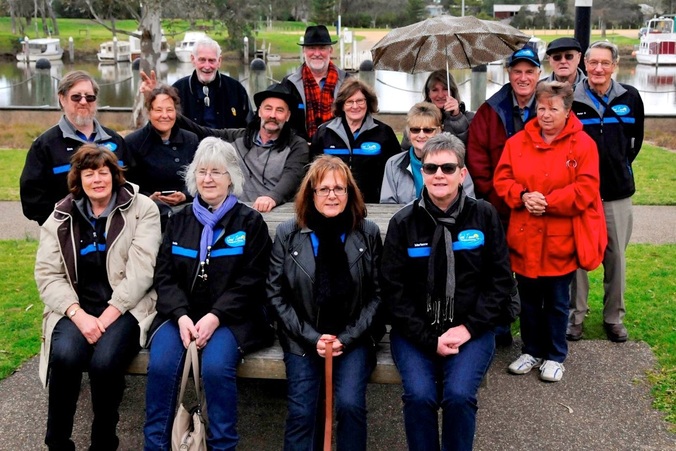 A new Car Club for Yarram is based in South Gippsland, Victoria

Origins
​
Good Times Motoring held their first meeting on 29th March 2015 after an article was in the local paper.  Approximately forty people turned up for the first meeting.  Bob Taylor chaired the first meeting where he called for nominations.  Bob was elected president unanimously with John vice president.  Anna Lawler was elected secretary and Garry Bradley as Treasurer.

In the next few meetings a name was selected by the members where “Good Time Motoring Club of Yarram” was chosen and registered as an Incorporated club. We knew that there were many old cars around the town and district, but it was just amazing the response we received.  Julie Kee, partner of Garry Bradley took the roll as head of the ladies committee and with the help of her daughter, Christie Hall, they designed the logo which is used on letterhead and merchandise.

We ended up with 60 members at the end of our first year with members from Leongatha, Traralgon and Rosedale.  We meet on the last Sunday of every month at the HUB, 156 Grant St, Yarram at 2pm.  We are always well attended as members enjoy the club so much, some even buying a car just to join the club.  Cars must be 25 years or older and is open to cars, motorbikes and trucks.  We have a calendar of events and are always well attended.

Our president, Bob, is an American enthusiast, in fact he contemplated migrating to America,  likes American cars and has a Chev Ute and a Pontiac, and is at present restoring Ford Sloper and Plymouth.  Bob travels to America every two years and catches up with people he has met on his travels.  Bob retired to Won Wron, a district of Yarram seven years ago.

At present we have 55 financial members, with some who will re-join when they return from holidays.  The committee consist of President: Bob Taylor, Vice President:  Peter Greening, Secretary:  Gary Bradley.

Peter Greening, Vice President, moved to the area, but had to find out if there was a car club as he has four classic cars and has become a very enthusiastic member.  We have a very diverse range of members from farmers, retirees, a car restorer, businessmen and a young man who is into Kombi Vans.
Spotlight on the President

I was born at Subiaco in Western Australia, second of four brothers. I always had a thing for cars, in fact my father was always playing around with old cars. I always had a fascination for any cars especially model cars. In fact, all my model cars were still at my Mother’s home when she died. I don’t know what happened to them.

When I left school, I applied for a job along with 26 others and got it at the Diesel Motors in WA, who were agents for Mercedes Benz, Rolls Royce and Fodden Trucks. I completed a five year apprenticeship as a body builder and welder.

In February 2nd 1966, I entered the army and served two years as an engineer. On discharge from the army I went to work for Roots Group, which sold Hillman and Humber cars for a short period of time. I then was offered a job with General Motors Dealer next door.

I began my own Body Shop with a mate, ‘J&B Smash Repairs’ (Joe & Bob). One Xmas I went to Kalgoorlie to catch up with friends, then continued onto Victoria. I had an accident in my HR ute, so I got a job in a Body Shop in Brighton while they sorted everything out with my ute. Whilst working there I met a girl and never returned to WA.

I then got another job building Hearses and Ambulances in Clifton Hill for eighteen months. Then started contracting as a panel beater for Reg Hunt Motors. I then got married and travelled overseas, touring England, Europe and the US for nine months. I then returned to Victoria and continued working for Reg Hunt Motors.

In 1975 I started Stateman’s Body Works which was General Smash Repairs restoring old cars for customers such a Morgan three wheeler, XK 150 Jaguar, Damlier Majestic. I worked on a 1930 Buick for Bert Wright, rebuilt a 1924 Graham Brothers tow truck for myself from Colac.

My fascination for anything American was due to growing up with American mates when their parents were living in WA working, when they all returned to the US, they wanted to adopt me and take me home with them, I almost migrated to America in 1964. My love for America also stemmed from early model Fords, all my cars were all pre WW11 as I couldn’t afford modern cars.

I owned two wrecking yards, Victorian Auto Salvage in Moorabbin and later Allcomm Motor Wreckers which is still operating today in Moorabbin. In 1994, I started repairing alloy wheels in conjunction with a friend Peter Radford, which we built into a successful business with twenty staff. Every time I bought another old car, Peter would tell the workers that ‘Bob has bought more landfill’.

One of the best cars I have ever owned was a 1968 Pontiac Firebird Convertible 350 big block. It had a lot of get up and go, but poor stopping ability. I have restored many cars over the years, I always and still have a project on the go. I currently have a 1940 Tudor Hot Rod project, an almost finished a 1964 Ford Thunderbird for my son Lincoln. My next project is a 1934 Buick. On the road I have my 1960 Chev El Camino ute which is fuel injected and automatic, and a 1967 Parisian Pontiac.

I sold my business in 2001 and now live in what was my holiday home at Won Wron. I also bought the property next door which had a small home on it and erected a huge shed where I spend most of my time playing with my old cars.

Since I moved to the Yarram District in 2007, I have always wanted to start a car club. In 2015, I realised that dream. Good Times Motoring Club of Yarram Inc was started on 29th March 2015. I am lucky that I have a very understanding wife, Faye, although I dread coming home from the US to find that she has cleaned out my shed like she has been promising, physically and literally.

Thanks for reading about my car journey,

​Regards,  Bob.
Click on the Google logo above to enlarge map for Yarram area in Victoria

Good Times Motoring Monthly Meetings - Last Sunday every month at 2pm.
Membership fees are $50 per year.  Must have a car, motorbike or truck that is over 25 years old. 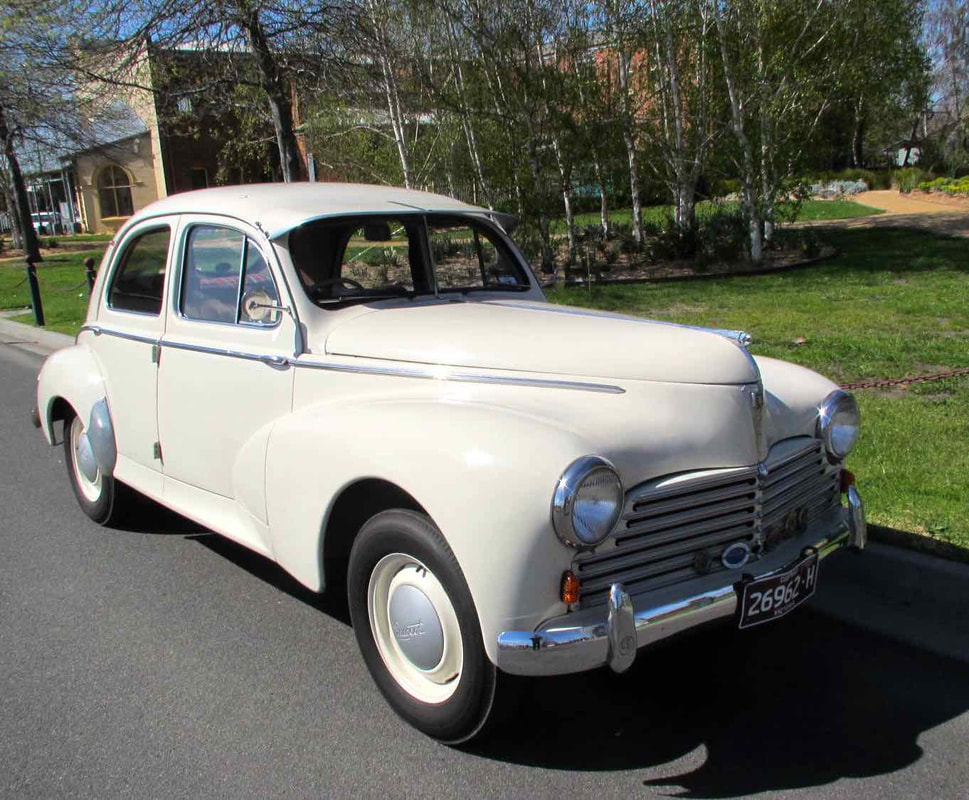