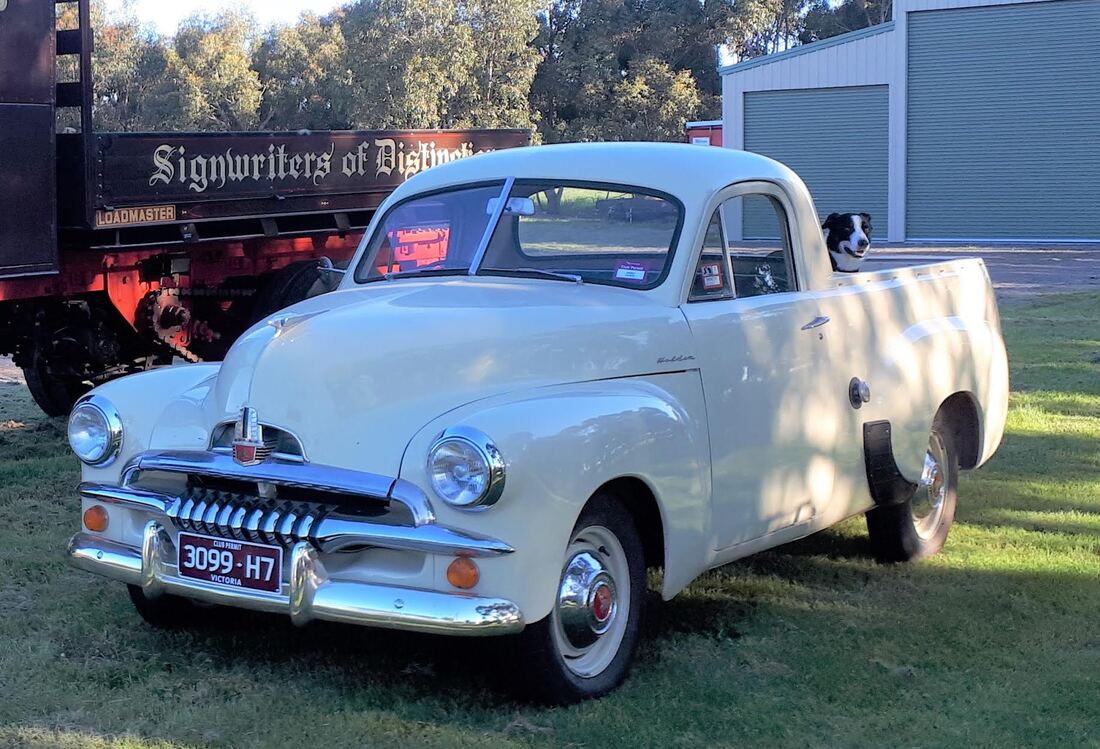 From my earliest childhood memories, I was always interested in anything that had a wheel, from cars, trucks and trains, to steam engines, planes, and farm windmills.  It didn’t help that I great uncles who were into steam traction engines and who had started The Lake Goldsmith Steam Rally.

By the time I was 14 years old, one of those great uncles, Tom Mulcahy, had made me a stationary steam engine and this triggered my direction in hobbies when I received it.  A few years later, he had his 1925 built, Aveling and Porter steam powered roller overhauled, and now I was fully hooked!

He purchased the steam roller in the late 1950s from the Oakleigh City Council for the purpose of preservation, and had it trucked to the outskirts of Ballarat where he and a mate, Lin Bruty, who had just purchased a Fowler traction engine, put on a bit of a display at Poverty Point near Haddon in 1959.  This proved a success, and further steam days were organised.  Within a few years it would be held at Lake Goldsmith on Tom’s brother, George Mulcahy’s, farm then it was transferred across the road to its present site.

Tom ended up giving me his roller, and my brother, Mick, his traction engine in 1993.  I displayed the roller for around 10 years until boiler and mechanical condition dictated a bit of a rebuild.  So in 2003 with my then 3 year old son having a drive, I steamed it for the last time.  Then came the 10 year rebuild.

During this time I needed something to keep my interest going, and by chance I went to a clearing sale 30kms from home where there was a 1928 Chevrolet Tourer. This car was restored in Ararat around 1972 and only needed tyres and a brake light bulb to get it going.

During the ensuing years, I took the Chevrolet to a few local shows whilst still tinkering with the steam roller, which was by now very much stripped down. My son Josh had gotten the “bug”, as well as amassing some Cooper and Ronaldson and Tippet engines.

I now had the perfect job at Sovereign Hill, Ballarat, as a full time steam engine driver and this quenched my thirst for steam engines.  It took a while to sink in, but I was firing boilers and driving steam engines five days a week and getting paid! 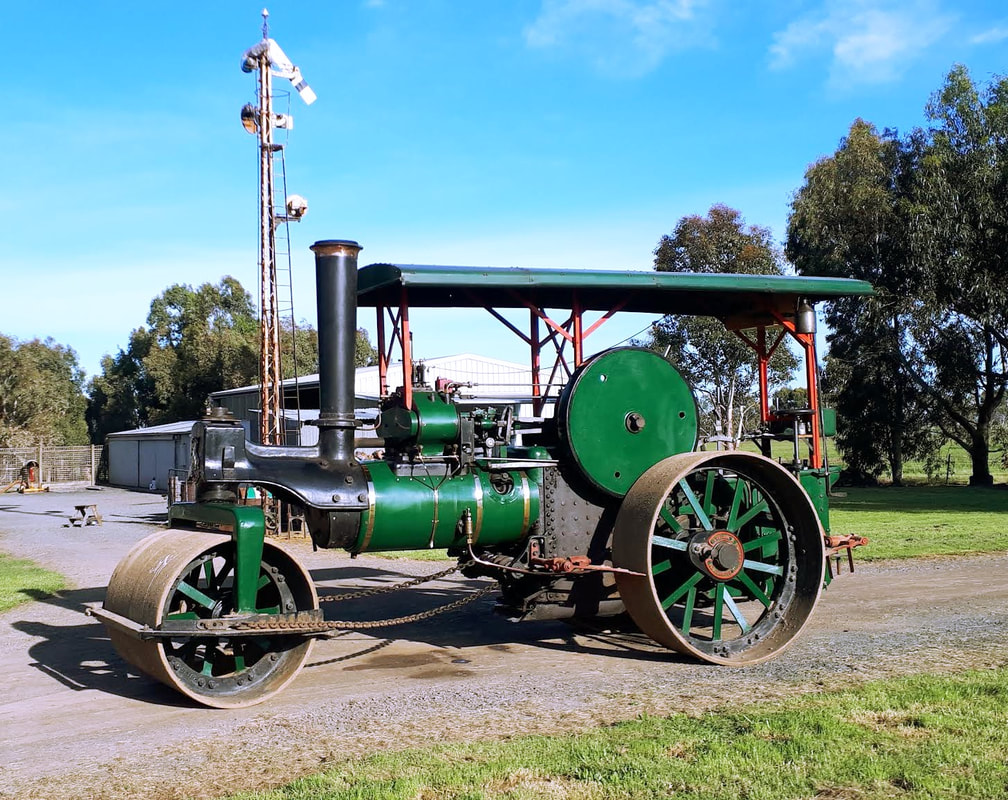 As the steam roller restoration slowly progressed, a close mate, Glenn Parkhill, offered to do some coded welding on the boiler.  He and his wife, Melissa, would come over to Beaufort and Glenn would squeeze into the small firebox, oxy cutting, grinding, and welding. Moving on a few more years, I left Sovereign Hill and joined V/line to now be come a train conductor, but despite the shift work, the restoration had to go on!

Not long later, I had the luck of acquiring a local, one owner, 1967 VC Valiant from a mate's father.  I had known this car for a long time, and when the owner, Tim, approached me to see if I was interested back 2010, I couldn’t get there quick enough!

Although in continual use until that time, it did require a bit of body work and bits and pieces.  Even though it was brought out from time to time, age was catching up and it was stored up until February 2021 when my son, Josh, and a mate, Jamie Mason, tinkered away and it's now purring like a kitten.  We only have to do a bit of rust removal and sundry bits, and she will be back on the road.

A few mates helped out to hurry things along with the steam roller restoration.  My wife, Gail, Josh, and my daughter, Ellie, and a mate, Andrew Johnson, managed to measure and get a new smokebox rolled without my knowledge.
​
2013 saw the roller completed and ready for display.  I thought this was it, but my son had different ideas.  He started cleaning bits of my brother Mick’s traction engine, which had been idle for years and lurked at the rear of my shed at home.  The engine was hauled out and cleaned up and then trucked to Lake Goldsmith where it has been stripped right down to individual components with a new tender and woodboxes being made.

Roll onto 2019, I came to purchase an FJ ute that my mate, Glenn, (who had died way too early) had in his shed, and which I remember being an everyday drive in the 1990s. I had always said to Glenn to get the engine back in and get her going again.

The ute didn’t need a lot:  engine in, brake cylinders, and paint, and 9 months later its registered.  My brother, Mick, is also busy with his “toys” as well.  He has a 1912 Ruston Proctor traction engine which is now in the process of a major rebuild that includes a new boiler barrel and firebox, and is currently resembling an IKEA flat pack item.

The other major restoration is his 2hp Spencer Carter portable steam engine currently being assessed for a new boiler, and his newly restored 1954 BSA Bantam motorbike which has been in the family since the 1950s.  The NEW kid on the block is a 1900 Marshall portable steam engine which just passed its boiler inspection in February 2021, and is now ready for steaming.

My son, Josh, who is heavily into to this stuff has his own collection of running engines, from Ronaldson and Tippet, and Cooper stationary petrol engines, to an early unnamed stationary steam engine which runs an old 32 volt generator.  We think the steam engine is circa 1880/90s and fairly unique, plus he also has a 3 inches to the foot, steam powered truck which he can sit on a drive around on.

The association’s 38 Acre site whilst being home to one of the largest gatherings of historic machinery in Australia, also hosts visiting enthusiast groups, including car, truck, tractor and stationary engine clubs bringing an ever changing variety of exciting and unusual exhibits to our rallies.
​
Contact John Franc by email  aproller@tpg.com.au  Article completed in March 2021.