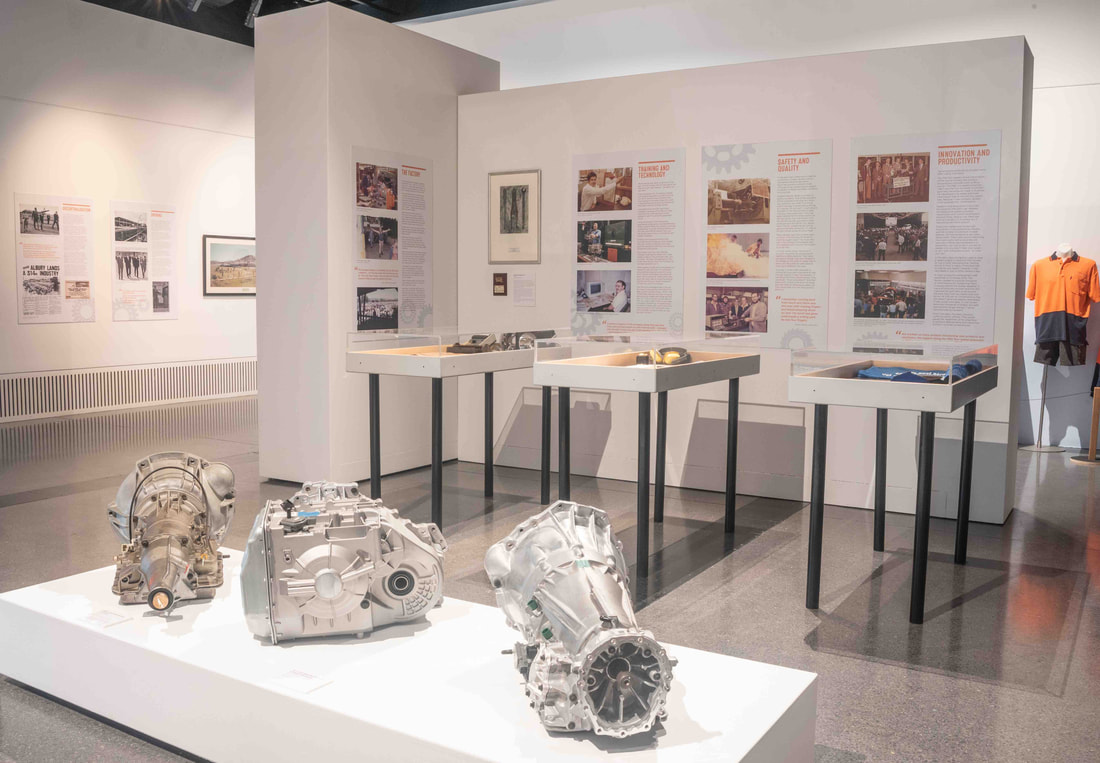 Borg-Warner, a multinational automotive manufacturer, began operating in Australia in 1957 when they purchased Sydney based manufacturer Coote & Jorgansen. In 1970 the company began building a new plant in Albury for production of its automotive transmissions.

Borg-Warner produced gearboxes and axles for Ford, Chrysler, Mitsubishi, Toyota, Nissan, General Motors-Holden and even the London Taxi Company.  In 1978 the company began the process of moving its manual transmission line to the Albury plant. In mid-1981 2,200 manual, and 1,700 automatic, transmissions were being produced a week. In October of the same year, the factory celebrated its 1 millionth transmission.  In March of 1982, employment reached a peak of 1,251.

In 1987 the factory was purchased by BTR Nylex.  During this period transmissions were produced for Ford, General-Motors Holden, Chrysler, SsangYong and Maserati.  ION Pty Ltd purchased the factory in 2002 for $88 million.

ION produced differentials for Holden and transmissions for Ford and SsangYong. Development was focused on five and six speed transmissions. Reduced orders, amongst other factors, saw major staff redundancies in November 2004. By December 2004, ION had entered voluntary administration.

Administrators kept the factory going with reduced staff for two years until the factory was sold to Drivetrain Systems International (DSI) in 2006. DSI produced transmissions for Ford, Chrysler, SsangYong and Mahindra. In February 2009 DSI went into receivership.

In March 2009, Geely Automotive purchased the factory. In addition to producing their own transmissions, they produced transmissions for Ford (until 2011), SsangYong and Mahindra. In 2011 and 2012, Geely built three factories in China to produce DSI designed transmissions. There were further redundancies in 2013. In May 2014 staff were advised the factory would close its doors permanently in October that year. 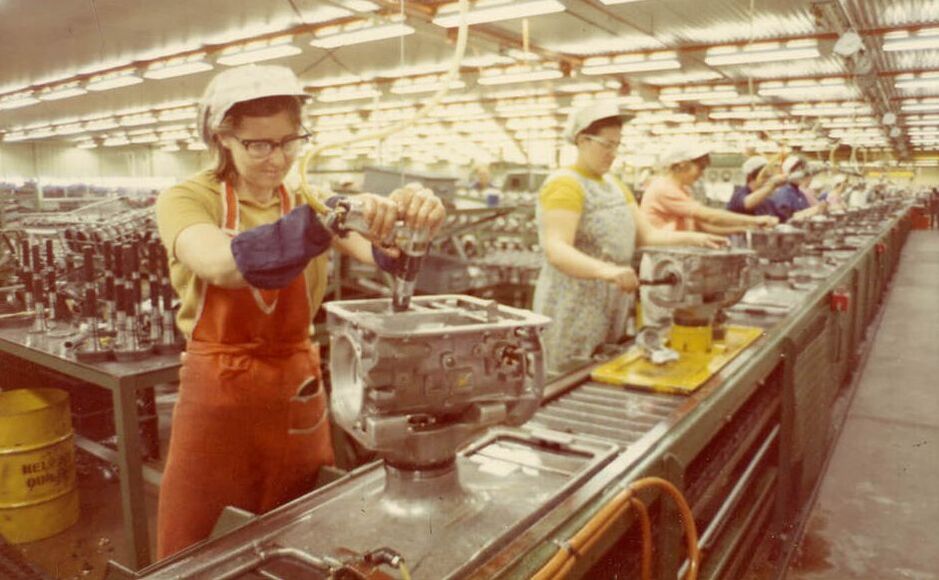 The factory is also remembered for the strong role it played in the community.  Not only in providing training and employment opportunities, but for it’s support of charitable causes and community clubs and events.

Over 9,000 people were employed at the plant over it's lifetime.  Despite the manufacturing and automotive fields being traditionally male fields, the factory had high levels of female employment from the very beginning.  In the first year of operation, 45% of the workforce were women.  Women were paid the same as their male counterparts and encouraged to study trades and take on supervisory roles.

The closure of the Lavington transmissions plant was the end of a significant period of local and manufacturing history. The Albury LibraryMuseum undertook active collecting to ensure this history was not lost.  The DSI collection holds more than a thousand items relating to the plant including objects, archival material, photographs, and oral histories.

Changing Gears: Borg-Warner to DSI is an exhibition exploring the history of the plant, its achievements and contributions, and the stories of its people.  It features material from the museum collection as well as items loaned by former employees. 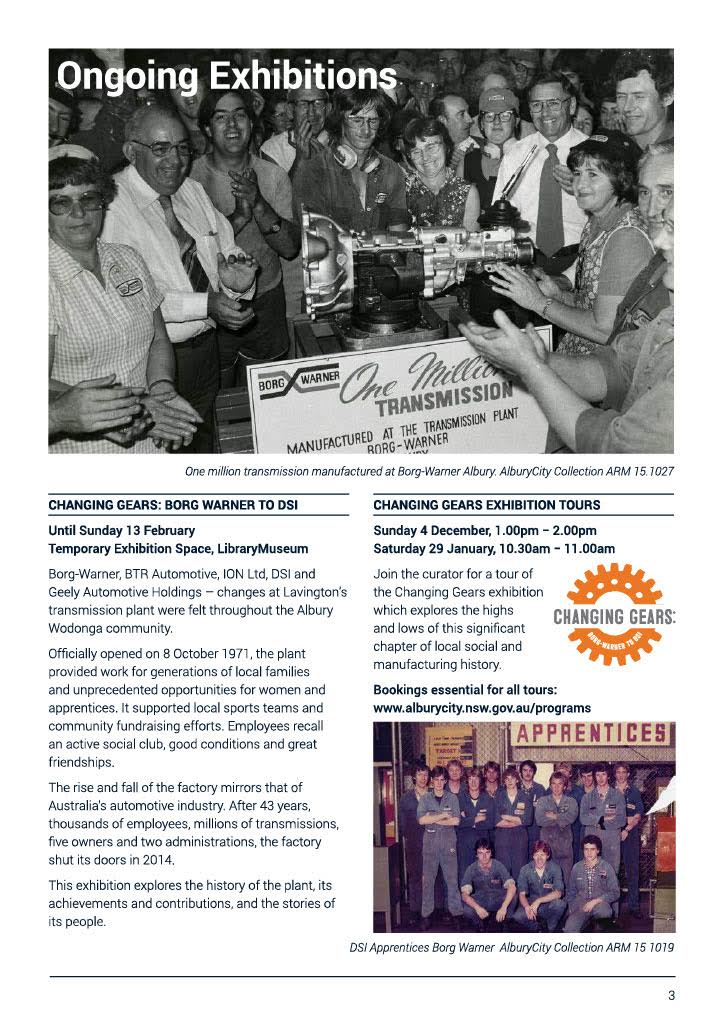 Changing Gears: Borg-Warner to DSI will be on display at the Albury LibraryMuseum until 13 February 2022.

For more information on the exhibition, you can contact the Museum on: 02 6023 8333
​
Changing Gears - Virtual Tour