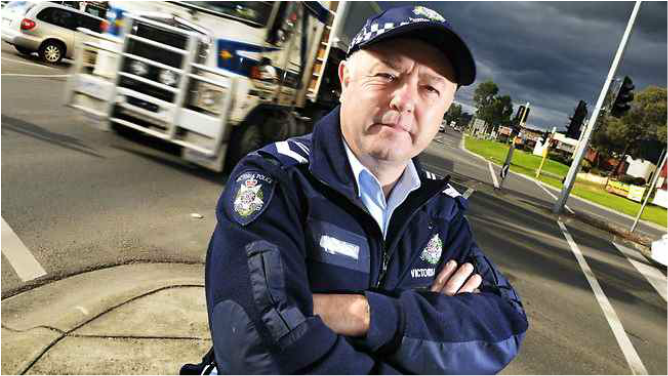 ​I first went to Greensborough Uniform as a trainee. Once my time was up there, I moved to Police Recruiting, where I stayed until 1993.  I then moved to Glen Waverley Uniform and during that time, I set up a car donated from the council as a Traffic Car.  I did this as a leg up to gain entry to what was then the Traffic Operations Group (T.O.G.). Myself and three other members ran the Traffic Car with outstanding results naturally pleasing the Office in Charge of the station.

I'd always yearned to join the Highway Patrol (HWP) and in April of 1996 I got a position based at Knoxfield in Melbourne, Victoria.  Seventeen years later I'm still there because it's a fantastic place to work.  I've had some very low lows and very good times.  I nearly left the job because I was the primary pursuit vehicle in a pursuit in 2002.
This ended tragically with both occupants of the pursued vehicle being killed due to the driver losing control of the vehicle.  Still to this day it sits in the back of my mind.  I don't think it's something you ever get over.

Lots of highs, but they can be as little as people writing a letter thanking me for helping them at a collision, which is nice and happens every now and then. I still enjoying getting out there and keeping the roads safe and driving the V8 Commodores.

1. What made you join the police force initially as compared to other job options at that time?

I joined "the job" because it was something I always wanted to do.  I left it until I was 26, that way I thought I had the maturity to manage unpleasant situations.  I'd been in the railways 10 years, but didn't feel it was rewarding enough.  It is a job where you are exposed to situations that you never see on television.  The road trauma does get you down because you see the same mistakes being made over and over again.

2.  You were on the Highway Patrol TV show.  What was the experience like?

The Highway Patrol TV show is good, but I no longer participate, as I don't like the way members are portrayed on the show.  My episode was good because we intercepted a male person doing 110/70 who was then over the limit (XPCA).  When back at Mooroolbark, the alcohol started to get to him and he threw up in the interview room.  He was then arrested for being drunk.  I do get recognised and all the feedback I get is good.

3.  Traffic car - can you be more specific when compared to other highway patrol cars used?

When you're at a station, you don't have, or work, a HWP vehicle.  So you get your own traffic car working.  We're currently driving VE/VF 6 litre V8 Commodores.  Up until 9 p.m. you can work one up, but after that, it's two up for safety reasons.

4.  What sort of mechanical upgrades on the engine or technology would you have in your car?

Cars are straight off the assembly line, but then they get "fitted up" at our depot in Brunswick. They get the Mobile Data Terminal (MDT's), Moving Mode radar, and all the other gadgets we have including radios fitted.

5.  Would you be trained to drive these vehicles at high speeds - if so what training is involved?

Yes, to drive a HWP vehicle above 150 k's you have to have a pursuit (Gold) police licence.  You spend two weeks training which includes mock pursuits at the Army training base in Puckapunyal.

6.  What are the biggest changes that you have noticed since you started in the police?

Biggest change is the technology given to us, and especially with the MDT's.

7.  Based on your knowledge over many years, do darker coloured cars such as black seem to have more accidents than lighter colour cars?

I used to drive a white Prado and it got written off.  It's my view that the car colour makes no difference.  I watched a bloke drive straight into the side of a marked HWP car with it's blueys going, claiming he didn't see it.

8.  What are your two best road safety tips based on your years on the road?

9.  In regards to your other interests and hobbies, what specifically are you interested in?

My areas of interest include commercial aviation, like the big jets, especially the automatic technology behind them.  My other hobbies include computers, so basically a geeky aviation nut!  I've also been a Richmond supporter since I was a child and a paid member for the last ten years.

Note:  Buzz gave me permission to refer to his notes and the attached photos.  We met in Melbourne, April 2014. 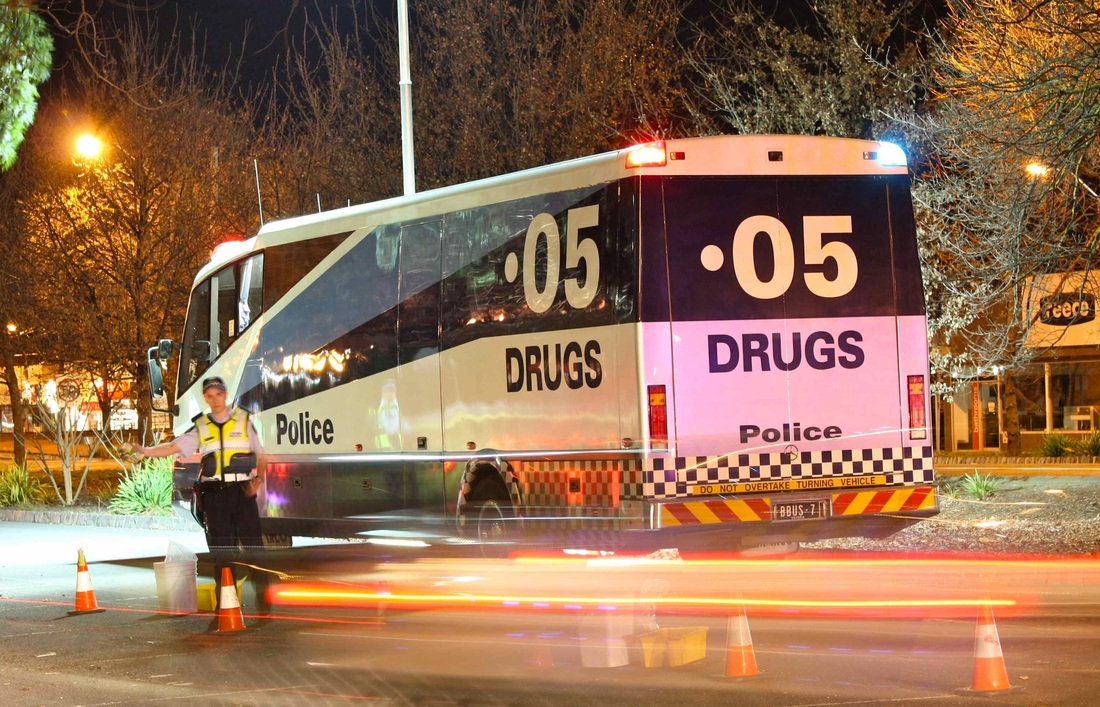