My involvement with BMW and Lexus started in 1976 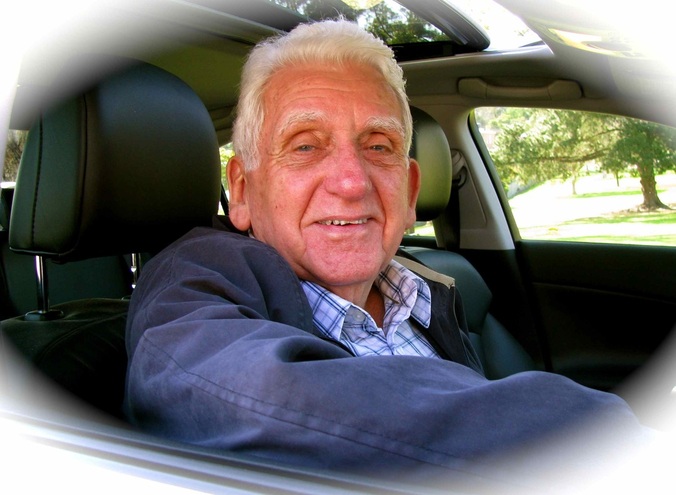 Don, a retired CEO of a USA Company resides in the Balwyn area, Victoria.

I have owned BMW and Lexus cars over the last 30 plus years but I thought I would give my views in some sort of context so you can appreciate where I am coming from.

My love affair with cars

My next moment on my "car journey" was in the summer of 1945 when my neighbour returned from the war were he had been in the RAF, his passion was racing cars and he had kept his MG on blocks during the war but wanted to get it going again.

I gave a hand in a very small way and as a reward he took me to a race track, which I thought was Brooklands, but am not sure as I think it closed in 1939, and after a few laps testing it out he took me for a run around the track. He said we lapped at 100 mph and who am I to say we did not. All I can say is it started my love affair with speed.  I don't know what model MG it was, it had a long bonnet with a leather strap and was British racing green.

My family came to Australia in 1947 as my Father was not happy with post-war England. We settled in Geelong as my Father had worked for Ford in the UK.  After I got married in 1952 and started a family, I realised we needed transport and in 1953 purchased my first vehicle. I say vehicle for all I could afford was a 1928 Chev Ute. It cost 80 pounds and at 40mph it felt like you were doing 100mph as it "shook rattled and rolled" but it got us around.

My next significant purchase was in 1954 when I bought a 1951 Vangard.  It was powered by a motor straight out of the Ferguson Tractor range which was a four cylinder wet sleeved motor. I found out to my regret that it was very expensive to repair when I blew the motor up with one of the pistons going through the block.

In 1956 I first got involved with motor sports when I joined the Western District Car Club in Geelong.  My modest involvement included rallies, trials, hill climbs and standing 1/4 miles both in Victoria and later in Fiji where I belonged to the North-West Fiji Car Club.

My involvement with BMWs

It started in 1976 when I purchased a 528i as my company vehicle in Narrabri, NSW.  To me it was a revelation to drive a car with not only performance, but handling to match plus all the creature comforts available at that time.

My second BMW, another 528i, purchased some three years later had a difficult start. I was driving to Tamworth when the radiator hose blew off and by the time I came to a stop the motor was "cooked".  The car had only done 1000 kms and was sent down to Sydney by the Narrabri agent. There they found that the thermostat had not opened causing the car to overheat.  To repair the motor, BMW had to bore the cylinders out to three litres.

As they had a set of domed pistons which had been ordered but not taken, they asked me if I would like them fitted. It was an easy decision to make, and to handle the extra performance they fitted Alpina suspension.

It proved to be the best and fastest road car I have ever owned with the performance close to what today is the M series. I owned a number of additional BMW’s through to 1991, all 5 series. They included three 535i’s and three 528i’s.  The main appeal with BMW’s is their safety, quality build, and performance. This coupled with great comfort plus the prestige that goes with owning a BMW is hard to beat.

The question is then why change from a BMW to Lexus?

In 1991 my BMW 535i was due for replacement, the Company policy was to change over every 3 years or 100,000 kms, which ever came first.  I received a quotation from BMW that I was not happy with, plus the then current 535i was almost identical with the model I was trading in.

I had heard about the new Lexus cars but like a lot of people I was sceptical that Toyota could match the European manufacturers like BMW and Mercedes Benz. A friend of mine whose opinion I valued, suggested I take a good look at the new 1991 Lexus LS 400.  I did and was impressed with the superb build quality, plus Melbourne City Lexus gave me one for 24 hours to test drive.

It was one of the quietest cars I had ever driven, plus its handling and performance was nearly up there with the BMW.  I asked for and received a quotation trading in my 535i, and when compared to the BMW quote it was the same cost to buy the Lexus LS400 as it was a replacement 535i.

The service costs for both BMW and Lexus are not cheap, but with the long service intervals it is acceptable.  The plus for Lexus is you get a loan car, a Lexus, whilst your car is being serviced.  In comparing the two, BMW have a slight edge on performance, and Lexus on service and build quality.

As the world we drive in has changed, pure performance is no longer my main driving force.  If I was still driving my "hot" BMW I would lose my licence in 6 months.  I now give much more consideration to safety and fuel economy and that includes traction control, a reversing camera, radar controlled cruise control, and anti-lock braking.

As far as the colour of a vehicle is concerned, I prefer white, silver or the colour of my current Lexus IS250, an opal silvery/blue.  When living in the country, like at Narrabri, and doing a lot of country driving, I would never buy a green or dark coloured vehicle as it is hard to see it coming towards you as it blends into the surrounding scenery.

As far as running costs go, there is little to choose between the BMW’s and Lexus’s I have owned, save to say my current Lexus, the IS250, has the best fuel economy of any of the previous cars I have driven in the past 30 years.  I get around 8 litres per 100km which with a 65 litre tank means over 800 kms before refueling.

If I was considering changing my car today, I would take a good look at some of the new diesel vehicles available such as the BMW 2 litre and 3 litre models.  Also I have just read about the Mini-Cooper 1.6 litre diesel with claimed fuel economy of 3.9 litres per 100kms, just amazing.

As I now live alone as my wife of 50 years died 6 years ago, I would be looking at smaller cars like the Lexus IS250 or BMW 3 series and if I were 40 years younger a Lexus ISF or a M3 BMW. I hope that we see things like electronic traction control and reversing cameras fitted to all cars as standard as there is no doubt that they would save lives.

I have had six 5 Series BMW’s and five Lexus’s from 1976 to 2009 and I think they are both very good motor vehicle manufacturers.  Previous Lexus cars owned include an IS200, GS300, ES300 and LS400 and I have a real passion for different types of cars.  I have driven over one million kilometres, over nearly sixty years.  I have owned about 30 cars including a few older model Hondas. They were also built to high standards but spare parts were expensive at that time.

I would rate my current 2006 Lexus IS 250 Sports Luxury between 8.5 to 9 out of 10 and the Lexus Encore Privileges programme 9 out of 10.  Lexus dealers also provide a free loan vehicle in the metropolitan area when your car is getting serviced.

I chose Bluish Pearl because it is a safe colour, and that it can be seen more easily on the open road, and light colours are better in a hot climate.  BMW may have more grunt, but the Lexus is very good on service and build quality.

Note: Don was the Chief Executive Officer of a USA company responsible for its operations in Australia, New Zealand and the Pacific Islands. The company employed around 1000 staff, and Don has travelled the world on a regular basis.  I met Don in 2009 for this interview and the article was completed in 2010.

Note: Don helped me with the first Cartalk article over ten years ago.