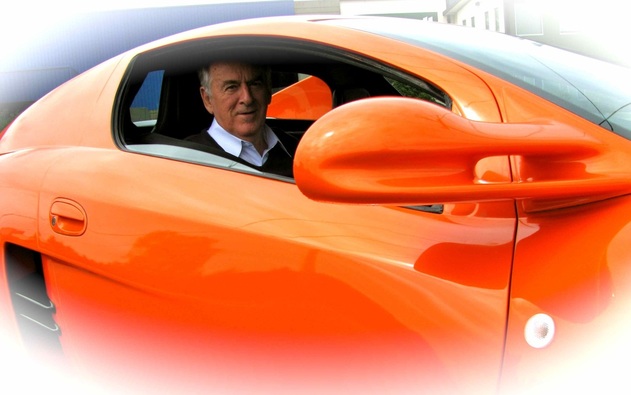 Fifty years ago I had a dream, to build and design my own sports car, and I did.  My first sports car was based on a 1937 Ford V8 chassis, and it used to easily outperform the Austin Healeys of the day.  I was sixteen years of age.

Two years later, I designed and built my second sports car based on an MG chassis that was lower, lighter, had better weight distribution, and even with a 4 cylinder engine, it would outperform the first car that I built.  Two years later in 1962, at the age of 20 with 200 pounds in the bank, I left my job and started my own business building sports car.  I previously worked in the Public Service and as a trainee at Coles.

The first vehicle was the Bolwell Mk4 based on a lightweight space frame chassis and fibreglass body, with a Ford Cortina 1600 c.c. 4-cylinder engine.  Other alternatives were available including a Peugeot 4 cylinder, and Ford and Holden grey six cylinder engines.  The car body was offered in either a gullwing door hardtop or open convertible style.

The Mk4 was successful, and was followed by Mk5, Mk6, Mk7, and in 1969, the Mk8, which was designated as the first Bolwell Nagari.  This was a high performance front engine sports car based on a backbone chassis and using a Ford 302 V8 engine. Its incredible performance was due to its light weight.

We have produced approximately 800 vehicles and some of the models have appreciated up to ten times the original cost and a lot of them are still on the roads today.  In 1974, the car company came to an end and the Bolwell Company moved into other areas of business as a specialist in composite moulded plastics. We moved into design, engineering, and manufacturing of composite components and still do this today.

Our withdrawal from sports car manufacturing was due to stringent government regulations such as pollution and safety requirements, and the company could not fund the project to meet the new regulations.

We currently employ around 100 staff and despite the company moving in this new direction, we still retained our passion for building sports cars.  In 1980, we built a handful of Clubmans called the Bolwell Ikara.

Between 2000 and 2004, I was involved in other international manufacturing projects in Canada and was looking to set up a new factory in Ararat, Victoria, building large wind turbine blades.  We had financial backing for the project, but the Federal Government rejected the proposal and now the project has gone off shore to Asia.

In 2000, with a pen in my hand and on the back of a scrap of paper, I started designing and creating the new Bolwell Nagari.  It went from an idea to a real design and testing of a prototype started in late 2007.  When I was at the Melbourne Motor Show in 2008, I was amazed at the response to the new vehicle and the brand awareness.  It made me more determined to make the car a success, even though the economy was sliding backwards in 2008 and 2009 and the car industry worldwide was struggling to survive.

My other interests include travelling around the world and learning about different cultures and meeting new people. I am also obsessed with design on any cars, and interested in designs in other manufacturing processes and resolving problems with a practical design solution.

I am in my 60’s and I currently drive a 2005 Silver Porsche Boxter S.  My younger brother Graeme works with me, and I have two sons Owen and Vaughan who are involved in the business on a full time basis.  Owen is the Marketing Director and Vaughan, a Director, is involved in design and manufacturing.  Both sons have contributed to the end product.

After fifty years, my dream has become a reality, and that reality is the new 2009 Bolwell Nagari.  We have invested a considerable amount up to the production stage.  We are planning to build a limited number of Nagari’s and this will create product exclusivity to the brand. It is my passion to reignite the heritage behind the name, and the Nagari will help achieve this objective.

Note: I met Campbell at his office and factory in Seaford  for this interview.
​​
The new edge caravan has also been released in 2010 and is a new market for Bolwell.

Last link below is an interview with Campbell Bolwell and John Faine on ABC radio with Sir Jackie Stewart. 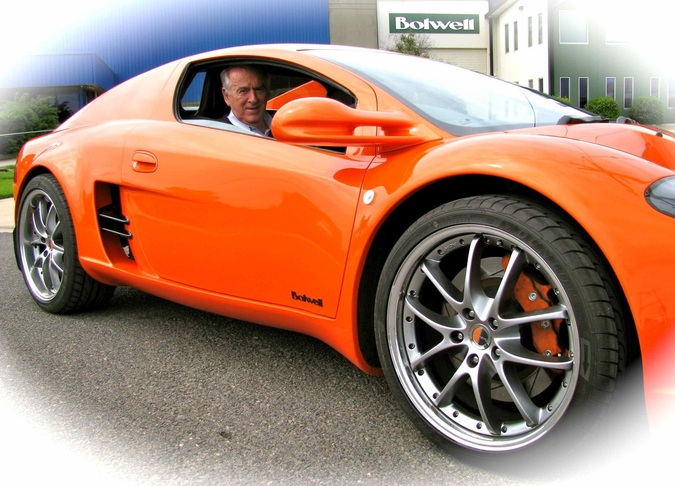