The Land  Rover Owners Club of Gippsland started in 1994 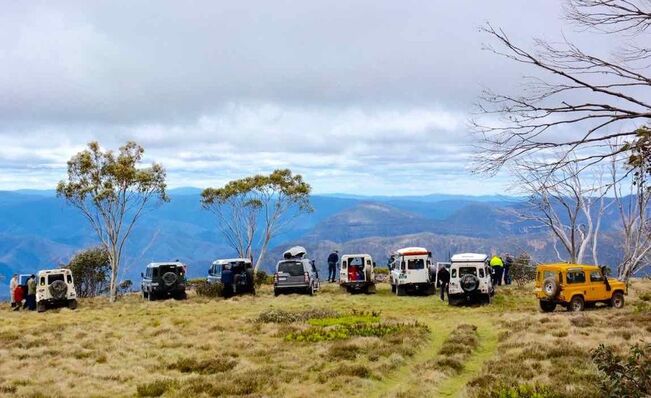 The relationship between the Land Rover Owners’ Club of Gippsland and Gippsland Land Rover is very strong, possibly unique and the envy of many marque specific car and four wheel drive clubs.

The Land Rover Owners Club of Gippsland was formed twenty-two years ago. The driving forces behind the formation were Ray Massaro, who was at that time dealer principal of the Land Rover dealership in Morwell (Massaro Motors) and key Land Rover customers. Initially a social gathering was held at the Italian Australian Club in Morwell, all of the dealership’s Land Rover customers were invited. The idea of the club was floated and a steering committee was assembled.

The next phase was a driver training day, funded by the dealership, for anyone who attended the social night. This major financial commitment resulted in a large number of potential club members travelling to the Anglesea driving training facility. Instructor Adrian DeJardin, assisted by Owen Peake, Land Rover area manager at the time, guided all the participants through activities teaching basic four wheel driving techniques. It was a highly successful day and ensured that the drivers of the vehicles, that had become very muddy as they negotiated the variety of terrain, would have the skills to safely use their vehicles if they chose to become members of the new club

The first full meeting of the club was held in the Land Rover showroom on Monday the 3rd of October 1994. The first club four wheel drive trip was held later in the same month. The route for the day trip was in the hills and forests of Avon River country north of Maffra in Gippsland. The assembled vehicles at the start point in the main street of Maffra were all new Land Rover Discoverys, Range Rovers and one Defender. Range Rovers were the vehicles of choice of many in the medical profession at the time. Seeing the line up of shiny new vehicles a couple of locals, still under the weather from the night before, looked on and commented, “Jeez, ya must all be doctors!”

The dealership has always provided massive financial support to the Land Rover Owners Club of Gippsland. Not only does the dealership provide a meeting venue in the showroom and use of the workshop facilities for technical days and nights but all costs of printing the monthly full colour club newsletter, club brochures, outgoing mail and supper for meetings plus storage facilities for club equipment are covered. Meetings held in the showroom are a bonus for club members as they get to see first hand all the latest Land Rover products. Members are also supported with parts and apparel discounts.

The Land Rover Owners Club of Gippsland is affiliated with Four Wheel Drive Victoria, the peak body representing over seventy 4x4 clubs in the state. Once again, the dealership has been very supportive by advertising in the 4WDV magazine “Trackwatch” and supplying a new vehicle for a television segment on responsible four wheel driving and the importance of driver training.
​
Photo below: New Gippsland Land Rover Dealership in Traralgon, Victoria. 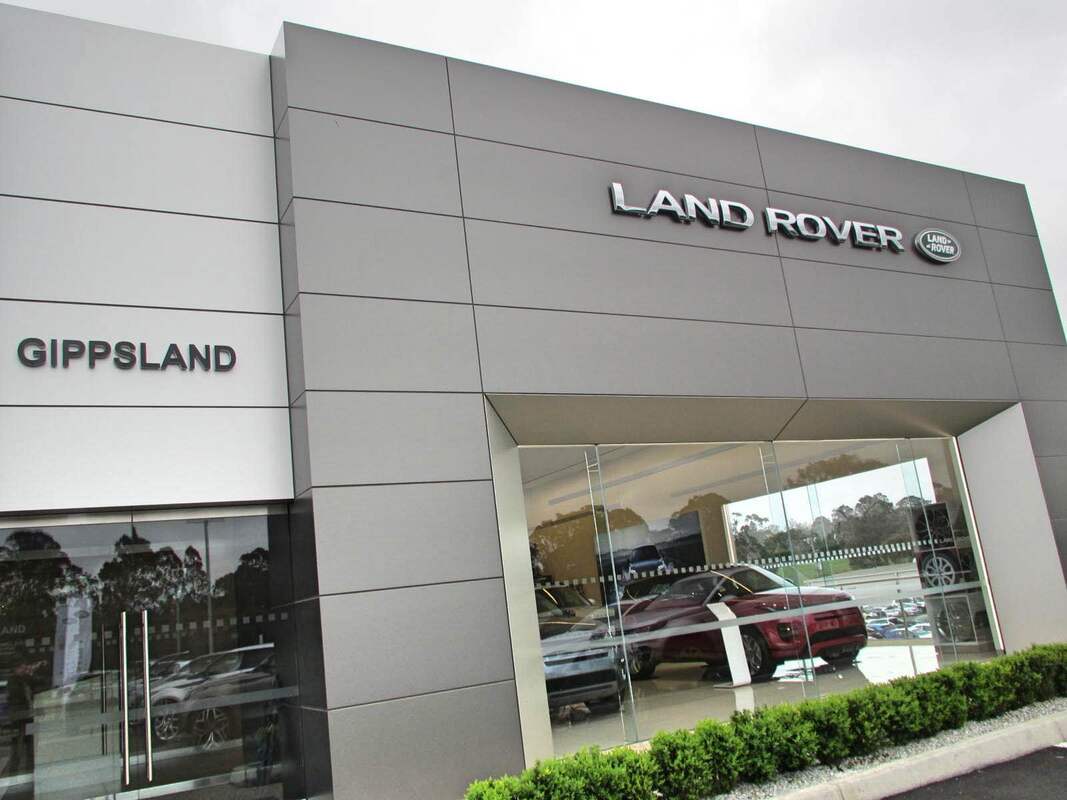 The Gippsland Land Rover Dealership changed ownership in October 2015
​
In the second half of 2015 the dealership changed ownership. This could have been the end of the high level of support however new Dealer Principal Marco Tripodi had no hesitation in supporting the club at the same level as prior to the sale. Charlie Calafiore, the Land Rover manager, has been a constant link through the years and remains an active member, committee member and trip leader.

The dealership is currently located in Princes Drive Morwell. The modern showroom features floor space for several new Land Rover/Range Rover products. The exterior has display area for pre-owned vehicles. With a dedicated reception area and customer lounge, complete with coffee machine it is a comfortable space for Land Rover customers. The spare parts counter is nearby and factory trained technicians tend to owners’ needs, whether it is a minor service, repair or complex set up of accessories on new vehicles, in the large multi bayed workshop facility.

A recent survey has found that the majority of members have more than one Land Rover with some members having several. Often this collection includes one or two new vehicles, Discoverys and Defenders being the most common, and some examples of earlier vehicles. On club trips there will be a mix of Defenders and Discoverys.

Ex military Perenties, based on the Defender, are popular with some members. Perenties have recently become available at auction as the Australian military Land Rover fleet is retired in favour of Mercedes G-wagon variants. These Land Rovers with their distinctive camouflage paintwork, extra jerry cans and spare wheels, spartan interiors and robust underpinnings attract considerable attention from members of the public.

There are also some beautifully maintained older models dating back to the 1950s. In the more modern vehicles there are some examples of very well optioned vehicles suitable for long distance touring and camping expeditions. What you will not find in the club are the over modified, super high lift, wide aggressive tyre machines that tend to give four wheel driving a bad public image. Land Rovers are more than capable enough without making them unroadworthy and uninsurable!

​The Land Rover brand has been a major force in four wheel drive vehicle design and innovation since 1948. Built at the factory in Solihull England Land Rovers were the vehicle that was used by explorers, geologists, medical teams, engineers, relief agencies, miners, farmers, police forces, rangers and military units in the most rugged and remote corners of the planet. The vehicles were what are now referred to as Series Land Rover; Series 1, 2, 2a, 3 and 3 Stage 1. 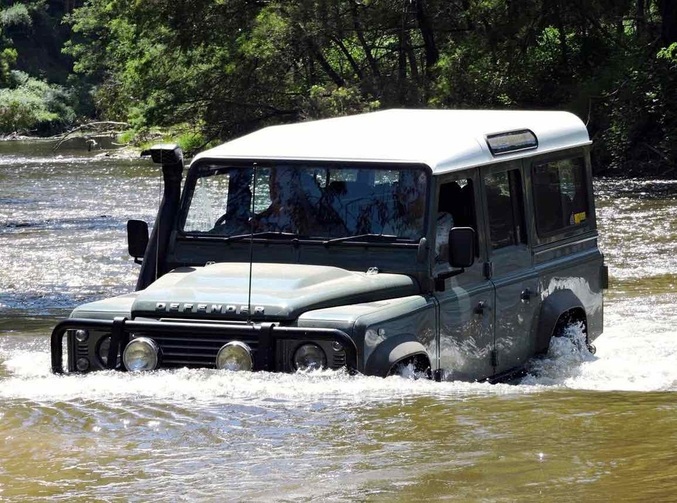 Land Rover pioneered the luxury four wheel drive segment with the introduction of the Range Rover, launched in 1970 and made world famous by the British Trans – Americas Expedition in 1972, the first vehicle expedition to successfully travel from the northern most point of North America to the southern tip of South America. Other innovations and market leading vehicles were developed over the years; Discovery 1,2,3 and 4, the coil sprung Defenders, Freelanders, Range Rover Evoques, Range Rover Sports and Discovery Sports. There is plenty to maintain enthusiasts’ interest.

Within the club membership there is a wealth of experience in all things Land Rover. There are members with expert technical skills, tyre experts, qualified driver trainers and folk with extensive remote area touring backgrounds. The dealership facilities have been used as classrooms to enable this knowledge to be passed onto other members.

The relationship between the club and Parks Victoria fits well with the Gippsland location. In the foothills and mountains north of the Princes Highway there are some of the best four wheel drive touring destinations in Australia. The area is rich in history. Aboriginal hunter-gatherers had well defined trade routes and seasonal hunting areas. The lure of gold brought miners and traders to areas such as Walhalla and Crooked River. Timber cutters had camps in remote valleys. Cattlemen had their summer grazing locations on alpine plains and river fed valleys.

​Many of these sites are now within the boundaries of the Alpine National Park. Working with Parks Victoria club members have been able to help maintain and improve facilities at places including the iconic and historic Wonnangatta Valley and Talbotville in the Crooked River goldfields.

The relationship between the Land Rover Owners Club of Gippsland and Gippsland Land Rover can best be described as “mutually supportive”. There is no better advertising for a dealership and their product than happy customers and nothing better for owners than a dealership with a principal and staff who understand their needs and passion for their vehicles.
Cartalk safety tip

The mountainous Alpine National Park has a variety of hazards for the four wheel drive tourer with steep ascents and descents, potentially deep river crossings and suddenly changing weather.  Vehicles need to be in excellent mechanical condition.  On club trips all vehicles carry recovery gear, first aid kits, radio communication, four season clothing, and extra food and water.  Trip leaders are very experienced and have a sound knowledge of the area backed up with usually a combination of electronic navigation devices and paper maps. 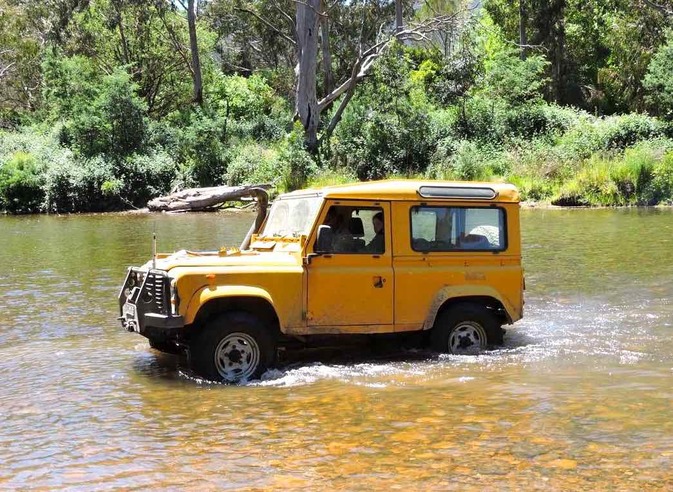