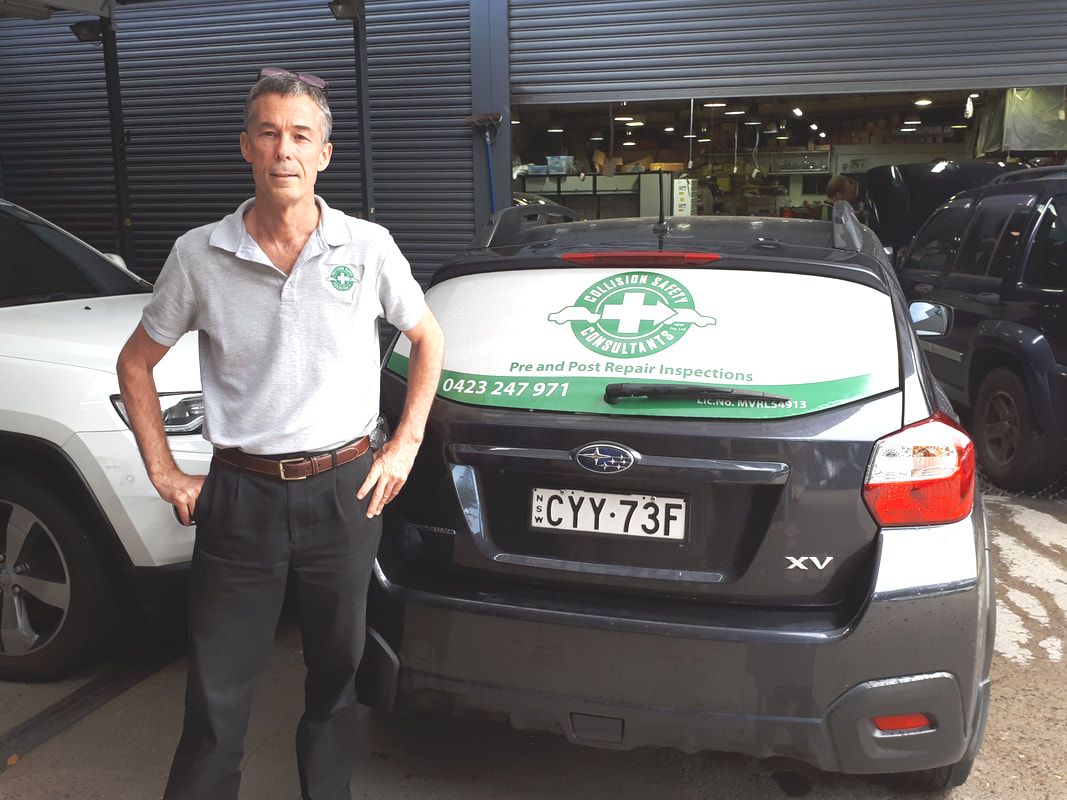 I left school in 1978 after completing Year 10 at Marist Brothers High School Kogarah in Sydney.  I was destined to be a tradesperson of some calling as I was good at working with my hands, I did woodwork at school.  I was not keen to continue at school after 4th Form (Year 10) so I chose to seek an apprenticeship, when a job advertisement appeared for an apprentice Panelbeater in the city.  I applied and to my surprise was offered the job.

I commenced work as a 1st year apprentice Panelbeater in January 1979 aged 15 years and 11 months at Scientific Motor Body Works in Ultimo Sydney.  I was fortunate to work in a shop that had about 10 workers and a boss who took pride in the work produced promoting file finishing where possible.  I recall the daily duties of a 1st year apprentice were to sweep the workshop daily, holding pull plates while the tradesman brazed a pull plate, using an oxy torch, hot shrink with the oxy acetylene and dismantle and assemble a lot of bumpers, chrome bumpers in those days.  I had no knowledge of cars before getting the job but I learnt a lot in a short period of time.

After finishing my apprenticeship I ended up working closer to home at a workshop in Hurstville that specialised in Range Rover vehicles.  My ability to file finish was valued working with aluminium panels which were quite expensive.
After 13 years on tools I set my sights on moving away from panel beating and I commenced a 3 year course in Advanced Safety Management which was 2 nights a week for 3 years.  The final year project was titled “How safe is the motor vehicle repair industry?”

After 16 years Panelbeating I applied for a position with NRMA Insurance for the position of Assessor. I commenced this role in January 1995 working from the Hurstville office.  In 1995 NRMA was a mutual and well respected by repairers and customers as it included the NRMA Road Service.  I was fortunate to be trained in the role by a group of assessors who were all committed to their jobs and there was a real team environment when I first started.
​
I picked up the skills of talking to customers and repairers quickly, as I had a Panelbeating background this was a mixed blessing.  Repairers liked having an assessor who could understand how long a repair would take but the hourly rate of $28.70 when I first started was a problem that was often raised by repairers and was a issue that I always thought needed to be addressed.

I believe I was a fair assessor given the times and guidelines that were in place at the time, no doubt there would be some repairers who would disagree but that is the smash repair industry.  In my time with NRMA/IAG I saw various models introduced, Funny Time Funny Money, Wollongong Tendering, Competitive Partnering, Online Repair Management (ORM) Web based Repair Management (WRM).  I always had a preference to assess a vehicle on site rather than from images and to negotiate face to face.

Photo 1:  Range Rover skirt brace sectioned and attached using silicone bronze instead of MIG plug welding.  The Land Rover procedure does not allow for sectioning of this part.  This was carried out by a AAMI Recommended Repairer who has since closed the business. 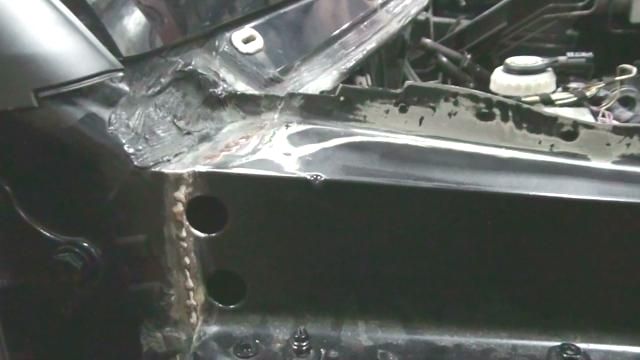 Around 2001 I was promoted to 2IC at Hurstville office and was responsible for dealing with customer complaints, repairer complaints, Assessor training and audits.  I was interested in the development of realistic times particularly for basic welded operations like a radiator support, beaver panel or quarter panel.  My first video was a Hyundai Excel radiator support replacement, the vehicle belonged to Golbert Restorations, a repairer who is still operating today.  We documented every part that had to be removed to change the radiator support and had a real time to go with it.  it was an eye opener how many repairers would only quote for half of the operations that were required, the need for estimator training on a ongoing basis was evident.

In 2002 I was promoted to Assessing Manager of the Metro West Region.  When I arrived at Liverpool assessing was going through the shift from onsite assessing to digital assessing.  When I first arrived there were 2 assessors doing Online Rpair Mangement (ORM0, there were several rows of paper files in the office for the 60,000 claims that were carried out annually.  By the time the assessing department were relocated to Parramatta in 2003 I was responsible for 65 staff, there were approx. 30 assessors full time doing ORM assessing another 20 on the road doing onsite assessments and there were 5 team managers.  I recall the considerable pressure of receiving the monthly results for the average repair cost and having to explain why if the cost had increased.

Being in charge of what was the more “hard core” group of repairers from the Western Suburbs of Sydney and staff was challenging.  I established relationships with the more influential repairers and had built a reputation for being hard but fair, both internal and external.  We operated a self-assessing model to get through the workload and I put trust in building long term relationships with the repairers that were sustainable.

We had Terry Dickey from Autoliner Australia carry out a demonstration of the Miracle System to the assessors and we promoted the repair over replace where possible on non structural panels.  With 65 staff and over 450 repairers there was never a dull moment.  I quickly learnt you cannot please everyone and some staff resigned, some were sacked, some retrenched while others plotted against me.

I was involved in the rollout of Web Based Repair Manageent (WRM) in 2005 – the thinking from IAG Senior management was AAMI had a lower cost of repairs than NRMA and this was unacceptable.  In 2005 during the dispute between repairers and NRMA over WRM a repairer sent an email to a large number of repairers informing them of the address where I lived.  Soon after I was moved to Head Office in George Street.  I was called to appear at the NSW Parliamentary Staysafe Inquiry.  I chose to give my evidence to the committee in camera, soon after my position was made redundant.
​
Prior to leaving the NRMA/IAG I was offered a position responsible for developing times and allowances for New Times and Rates (NTAR).  I found the NRMA in 2006 was very different to the NRMA where I started in 1995.  Listing on the stock market completely changed the culture as the first priority was to the shareholder, second to the policy holder.

Back then a customer was not restricted to where they could have their car repaired, now several Insurers do not offer choice or charge an extra premium.  General Insurers simply don't want their customers to  have a preferred repairer as it does not suit their business model.

Photo 2:  Toyota Corolla wheel arch was replaced but brake line was not installed into bracket. 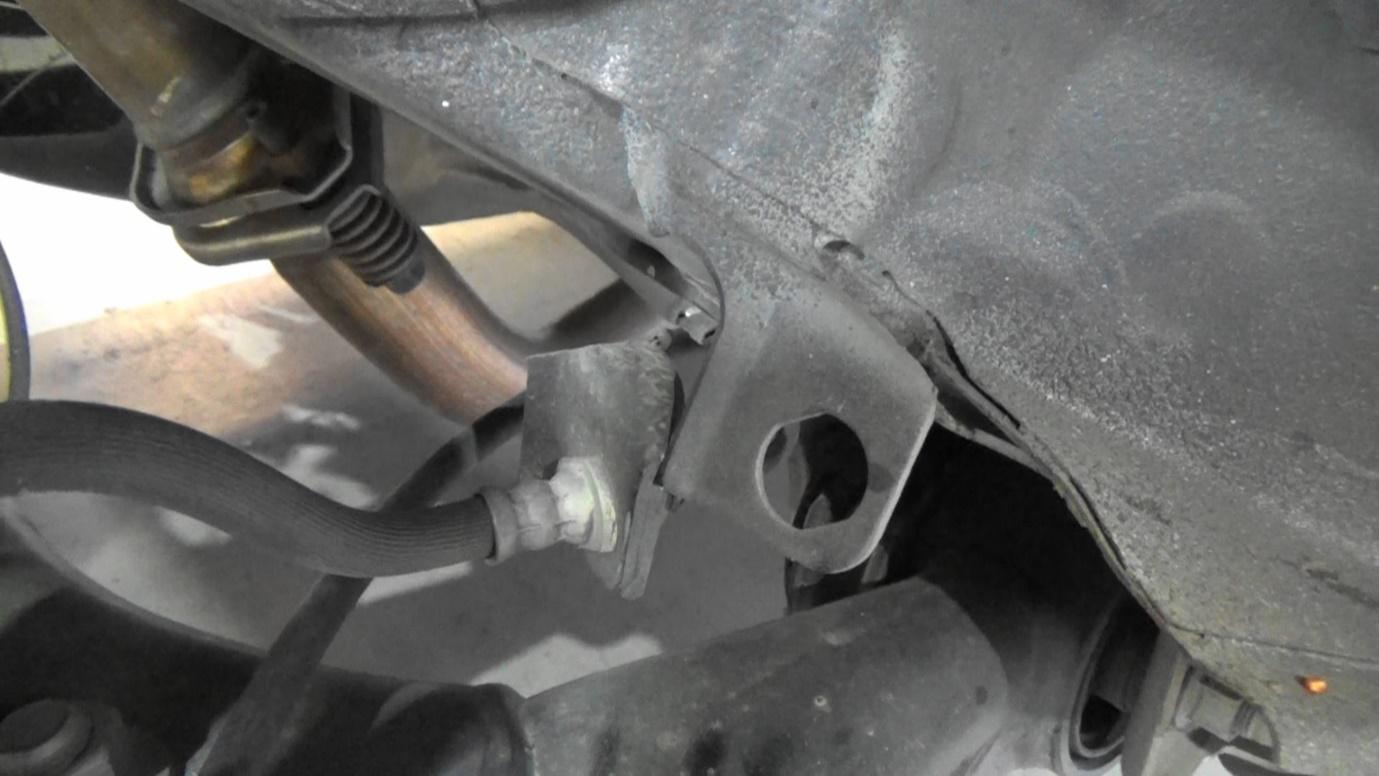 After leaving IAG in 2006 I took up a job offer from Terry Flanagan where I learnt the Auto-Quote system and assisted with the running of the workshop and development of the Auto-Quote program.  We were video recording and timing jobs as they went through the workshop and from the submissions made by T R Flanagan Smash Repairs, we were responsible for thousands of changes to the NTAR Times Guide. Terry and Carol Flanagan are the easiest people I have ever worked for and I was motivated to improve the industry through evidence based submissions.

In 2011 I was approached by the MTA NSW to work for them developing the eMTA Electronic Times Guide.  I thought this was an opportunity to improve the repair industry and with the blessing of Terry I accepted the position.  In my time at the MTA I was measuring repair times for approximately 2 years when I was asked to take over responsibility for the Body Repair Division.  I was instrumental in having the NSW Government carry out a Select Committee Inquiry
into the repair industry in 2014 and engaging with the Office of NSW Small Business Commissioner who were pro-active about the need for changes to the Code of Conduct.

I was selected to represent NSW MTA on the Code Administration Committee where I successfully argued for the
changes made to the revised 2017 Code which includes the Expert Determination model that is in place today.  I also  participated in the PWC 's Skills for Australia AUR Training package Auto Body Repair Industry Sector Committee that endorsed Auto Body Repair Estimator Training.

At the MTA I received customer complaints on a daily basis, I used a lot of this information in the submission to the parliamentary Inquiry in 2014.  I parted ways with the MTA in November 2017 and decided to start my own pre and post repair inspection business which I have been operating for a little over 12 months now.  I get great satisfaction from helping a consumer or a repairer who requires some assistance.

I have no time for repairers who have chosen to work to a price instead of a standard, they do the smash repair industry a disservice in my opinion.  I don’t accept any repairer complaining that the insurer did not pay enough money to do the job properly. If the money is not right then don’t do the job!

How can the safety of the consumer ever be compromised because of cost?  The Code of Conduct is law in NSW and it requires Insurers and Repairers to repair a vehicle using the vehicle manufacturer’s specifications. The cost to restore the safety and structural integrity of a vehicle relies on getting the method of repair right.  The use of Realistic Times and Rates estimating methodology where materials and consumables have their own cost centre is critical for the repairer to identify where he is and isn’t making money.  I am hopeful the introduction of the Vehicle Body Repair Estimator training will improve the financial literacy and understanding for many small business owners.

I remain an optimist for the industry but realised some time ago that the automotive repair industry needs to unite politically so they have a voice in Macquarie Street or Canberra.  I am a member of the Small Business Party of Angela Vithoulkas and am promoting the automotive repair industry should support this political party and with some luck may get a candidate elected to the NSW Legislative Council or the Senate.  Angela Vithoulkas has seen the issues facing the repair industry and will advocate for positive changes, but first we need to get her elected.

I have many people to thank for assisting me over the last 40 years which includes people from all parts of the motor vehicle repair industry from work colleagues, insurers, repairers, vehicle manufacturers, dealerships, suppliers as well as politicians, public servants and lawyers.  I am fortunate to have a family who understand my persistence for fighting for what is right, not necessarily popular.  My hope is for a professional motor vehicle repair industry that competes on a level playing field and which invests in apprentices and training for all staff.  I will continue to advocate for consumers and the rights of independent repairers.

Photo 3:  Headlamp mounting has been elongated – an indicator the vehicle is misaligned. 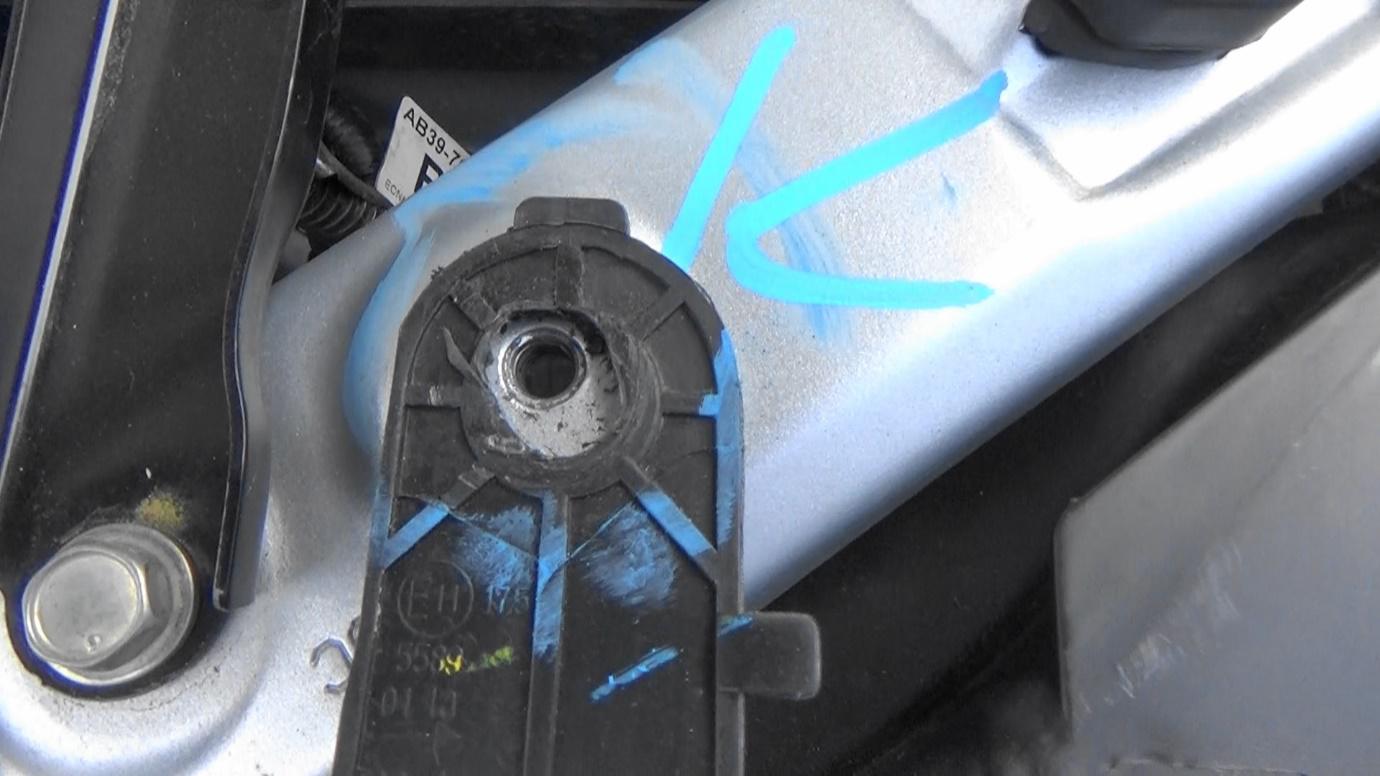 ​Safety Tip:  Ask the repairer to provide a copy of the repair quote and images.  If the repairer will not provide images then get a post repair inspection from someone independent.