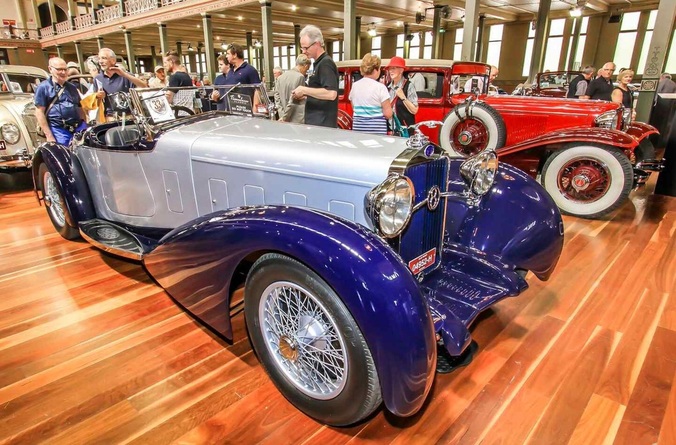 Motorclassica 2015 (old article} celebrates ‘50 years of the Supercar’ with an unprecedented line-up of the world’s most desirable sports cars, at this year’s event over the 23-25 October weekend.

In tribute to a global automotive genre that began with the legendary Lamborghini Miura of the mid ‘60s, Motorclassica has assembled an extraordinary line-up of ‘Supercars’ from around the globe.

Highlight for many will be the appearance of a McLaren F1, valued today at $10 million, or the $1 million Ferrari 365 GTB/4 Daytona, surely one of the most beautiful cars ever built.

Even rarer than the McLaren will be the Pagani Zonda, worth a cool $1.5 million, and for a long time the fastest production road car ever built.

“Supercars are hard to define, there’s no dictionary definition, but fundamentally these are the ultimate road cars....the fastest, most advanced, most desirable cars on earth. And not surprisingly, often the most expensive,” Motorclassica Event Director Paul Mathers said.

“To celebrate everything that’s special about these amazing machines, we’ve assembled a truly fabulous collection of the fastest and rarest, it’s a line-up the likes of which has never been seen in Australia before – and is unlikely to again.”

Jaguar only ever built one mid-engined sports car capable of having the Supercar tag bestowed upon it, and Motorclassica has an example of the ultra-rare XJ220 in its display.

Ferrari fans will be excited to see an F40 on display, but at $1.5 million it’s not as rare as the $2 million Ferrari 288 GTO which will park beside at Motorclassica, to be held again in Melbourne’s magnificent Royal Exhibition Building.

The car that is credited with starting it all, the Lamborghini Muira, will be joined in the historic 19th century building by its successor, the most futuristic design ever to make it into production, a Countach LP400.  Confirmed too is a Porsche 959, the most technologically advanced car of its time, and a Carrera GT, not so much a sports car as a racing car for the road.

Throw in a Ford GT, a Lamborghini Diablo and a Ferrari Testarossa, and Motorclassica is already well on the way to its ambition of having 20 of the world’s greatest Supercars to celebrate 50 years of ultimate automotive excess.

Along with its Supercar celebration, Motorclassica will this year mark 50 years of the fabulous Ferrari Dino and 70 years of the Italian motorcycle marque MV Augusta, as well as recognising some local heritage in 50 years of the Bugatti Owners Club, with another dedicated display.

It wouldn’t be Motorclassica without the annual Australian International Concours d’Elegance, celebrating the best of the best in a myriad of categories, and another unique aspect of this automotive extravaganza: Tour Classica.

Tour Classica will see select Motorclassica exhibits drive through the streets of Melbourne’s CBD on Thursday morning (22 October) prior to taking up residence at the Royal Exhibition Building, a spectacular and unique start to this amazing event.

Also on the Motorclassica program will be the annual Collector Car & Memorabilia Auction, conducted by Theodore Bruce, which is expected to feature over 100 lots of automotive ephemera and around 30 classic cars and motorcycles. 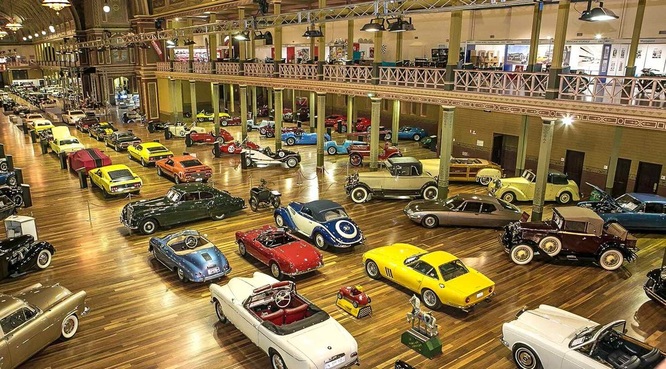 Motorclassica 2015 will again feature more than 100 cars and 50 motorcycles displayed throughout the historic halls of the Royal Exhibition Building, with a further 200 or more each day over the weekend in the ‘Club Sandwich’ club displays outside, proudly supported by Lorbek Luxury Cars.

Now entering its sixth consecutive year and firmly established as this country’s only internationally-significant exhibition of rare and exotic, historic, vintage, veteran, classic and collectable cars and motorcycles, Motorclassica has some exciting plans for 2015.

And select contemporary manufacturers will be back too, with a number of brands keen to return to Motorclassica to highlight their heritage while displaying their latest products.

Mercedes-Benz and Jaguar return to Motorclassica in 2015 for the third year running, to be joined again by 2014-attendees Alfa Romeo, Lotus, Porsche, Maserati, Morgan and Caterham.

Although the manufacturers are keeping new model launch details to themselves for now, we do know that BMW plans to celebrate 40 years of its highly esteemed 3-series with a special display at Motorclassica.

Citroen too will recognise a milestone, arguably the most important in its history, marking 60 years since the launch of the revolutionary DS, still regarded by many as the most beautiful car in the world.

No fewer than seven Bugatti Grand Prix machines will sit in a racing-themed display, joined by a rare Type 43 ex-Hope Bartlett and Bill Thompson racer that has not been seen in public for 40 years.

Highlight of the Bugatti display will be the art-deco styled Type 57C Atalante, its stunning lines sure to make it a contender for the most popular car of the show. 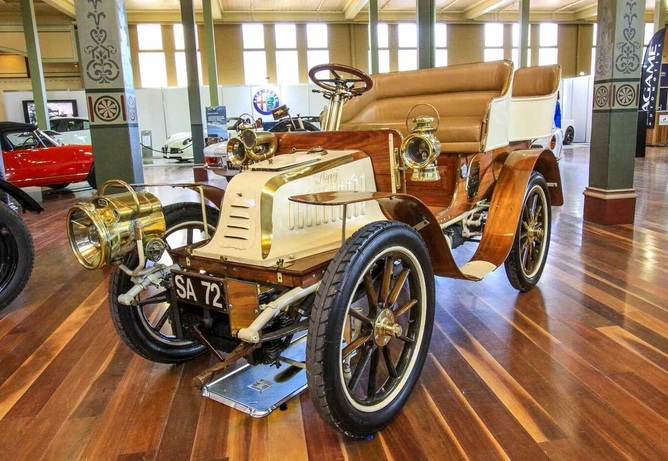